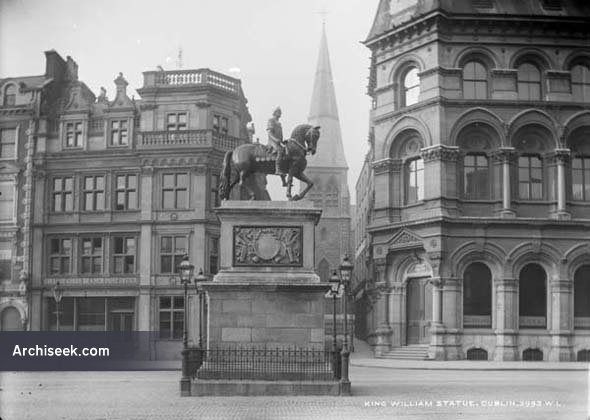 The last of three buildings by Scottish architect David Bryce in Dublin, and the only one lost to the city – pictured behind left of the Statue of William of Orange. The building featured stone carving by Charles W. Harrison. Demolished in 1974 for an extension of the Ulster Bank.