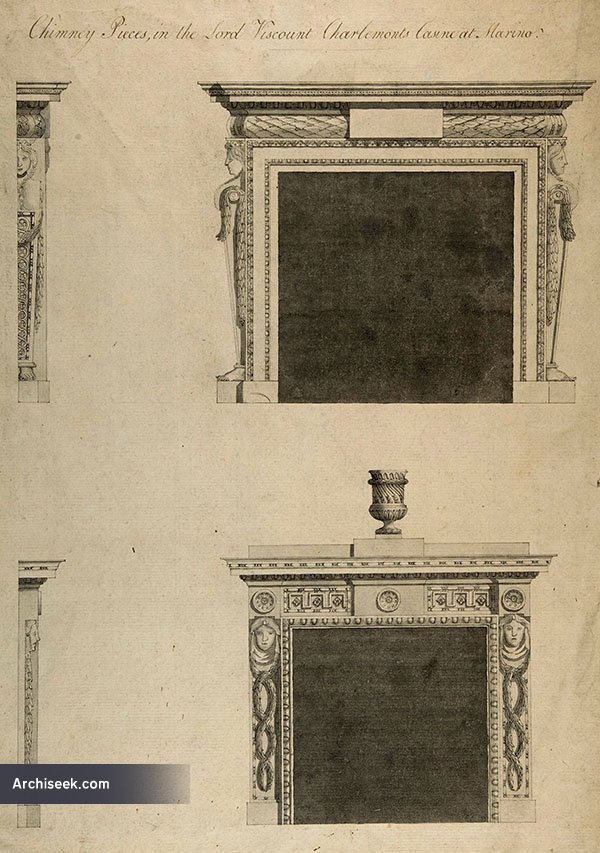 “Chimney pieces in the Lord Viscount Charlemont’s casino at Marino”. Acknowledged as the most important neo-classical building in Ireland, the Casino was designed by Sir William Chambers for Lord Charlemont as a garden pavilion at his Marino Estate. The only part of the great estate to survive, the Casino was under construction from 1755 to the mid 1770′s and underwent many years of neglect from 1881 when the Charlemont Estate was sold until 1930 when an Act of Parliament was enacted to allow it to be taken into state ownership.