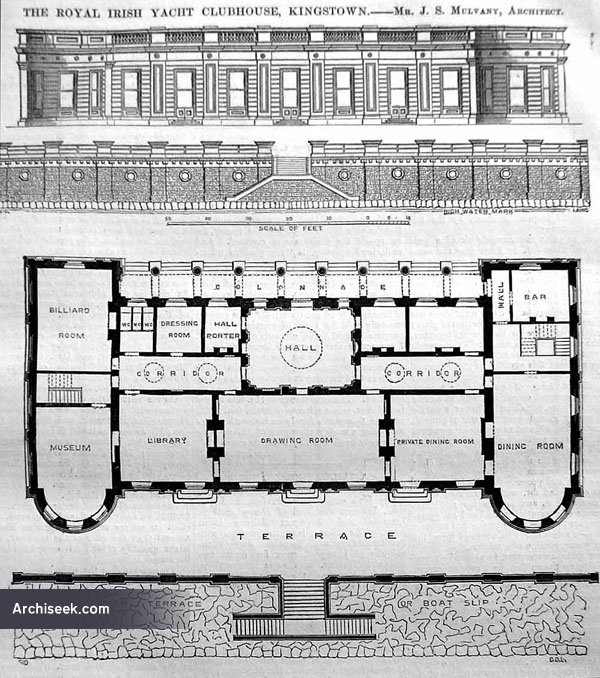 Constructed between 1847 and 1850, at a cost of around £4,000. From The Builder: “The Royal Irish Yacht Clubhouse, Kingstown, county Dublin, of which a view of the water front and a plan are annexed, has been lately erected from the designs of Mr. J.S. Mulvany, architect. It is situated near the terminus of the Dublin and Kingstown Railway, from which a good view of the building is obtained. The exterior of the building is executed in Roman cement. The principal entrance is in the elevation facing the railway in the centre of a colonnade, composed of eight Ionic columns, 15 feet 3 inches high. In front of the marine elevation is a terrace, supported by a substantial retaining wall, composed of hammer-dressed black stone, with cornice supported on cantilever blocks, surmounted by a parapet of granite. This terrace was designed for the purpose of affording the members and their friends an opportunity of witnessing the regattas which take place in the harbour; and a portion of the roof of the clubhouse is constructed flat, to serve as a platform for the same purpose.”