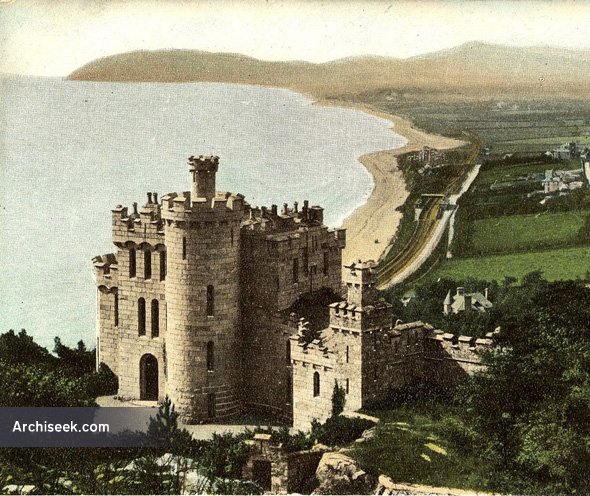 Probably designed by Sandham Symes for his grandfather Robert Warren, and originally named to commemorate Queen Victoria’s accession to the throne. Essentially a large suburban house, in extensive private grounds, designed to resemble a small castle.

The interior was gutted by fire in 1928, then magnificently restored by Sir Thomas Power of the Dublin whiskey family; he renamed the mansion “Ayesha Castle”, after the goddess who rose from the flames in Rider Haggard’s novel She. Irish musician Enya bought the Castle in 1997 for €3.8 million, renaming it “Manderley” after the fictional house that plays a central role in the 1938 novel, Rebecca.