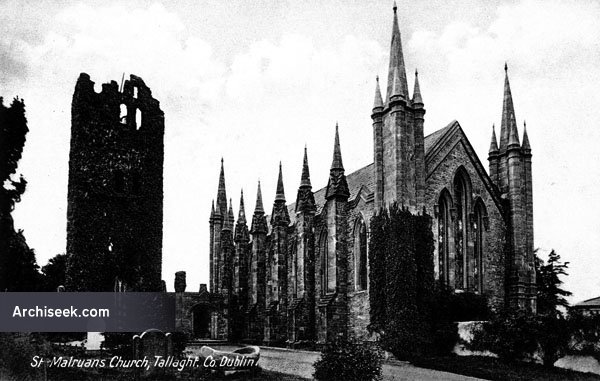 A new church, constructed in 1829, using the fabric of an earlier church, and re-using a medieval tower as a belfry. Prior to 1829, St Maelruain’s church was built up against the tower, which served as a belfry. Designed by John Semple, who was responsible for several churches about Dublin, the similarities between his other designs and St. Maelruain’s church are clearly visible.

The tower of the present St. Maelruain’s Church dates from the Medieval period, when it was part of the fortifications of The Pale. Tallaght was often raided by the O’Toole and the O’Byrnes and the tower served as a watchpost to give warning against these raids.