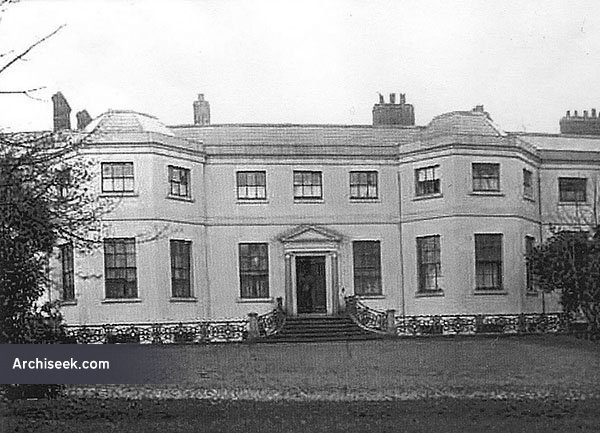 Built for the provost of Trinity College, John Hely Hutchinson, it was later acquired in the 1750s by the Fitzgerald dukes of Leinster. rescati became one of their three principal residences alongside Leinster House in Dublin and Carton House in Co. Kildare. They spent much time in Frescati, especially in the summer.

In the 1760s, they lavishly extended and enhanced it. They are said to have spent £85,000 on the house. It tripled in size and received flanking wings and bay windows to exploit its sea views. It was at this time that the house was given its name, Frescati, a corruption of the Italian resort of Frascati.

The interior of the house had fine examples of ceiling plasterwork and painting and other typical Georgian features such as a circular room with a groined ceiling.

In the 20th century, residential developments were built on the estate of Frescati, such as Frescati Park. Frescati had fallen into the hands of “Frescati Estates Limited”, a company controlled by the directors and owners of Roches Stores, who were granted permission to demolished it provided that they secured permission for whatever was to be built on the site. In 1981, it was stripped of its wings which constituted seventy percent of the house. The essential conditions of the planning permission that called for the restoration of the rest of the house were subsequently ignored.

In 1982, the Corporation tried to get an injunction in the High Court to compel Roches Stores to restore the remainder of the house as per the planning conditions. The judge Mr. Justice O’Hanlon concluded that the situation had gone beyond the point of no return, and that it was not feasible at this stage to restore Frescati.

“It appears to me that the developers have been completely indifferent to, or perhaps have even welcomed, this deterioration in the condition of the building, and have done virtually nothing to halt it. I feel the developers have shown a complete disregard for the moral obligations which arose from their course of dealing with the corporation or the planning applications; but I feel the corporation have also been extremely remiss to exercising whatever statutory powers were open to them to cope with the situation.”

Frescati was finally demolished in 1983 after a high-profile campaign to save it, partial demolition, and years of dereliction. On 4 November 1983, in the early hours of the morning the shell of Frescati was demolished. The campaign had lasted almost thirteen years.