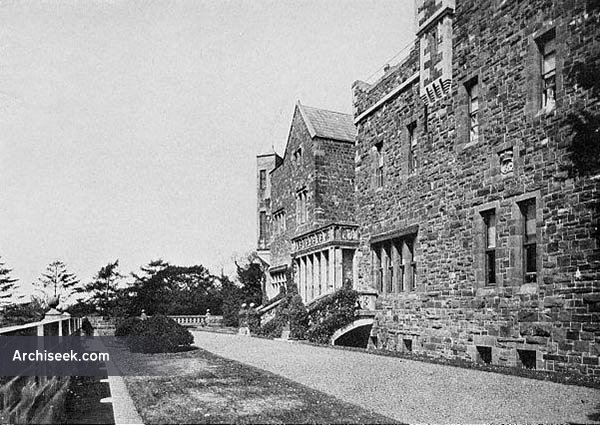 Country houses become hotels and guest houses, this one became a crisp factory. Built around 1837 for the 6th Duke of Manchester as the family’s Irish home.The castle has a strong tower at one end, with a gabled block at the other, behind which is a large courtyard.

The Mandevilles became benefactors of the community, establishing an orphanage, three dispensaries, and 25 public schools in the area, each of which was attached to a lending library. During the Second World War the Castle was home to the United States Army with many local GI brides resulting.

The 10th Duke, who was born in the castle, sold it in the 1950s. The main castle building is today in pretty poor shape with the courtyard buildings being used as the factory.