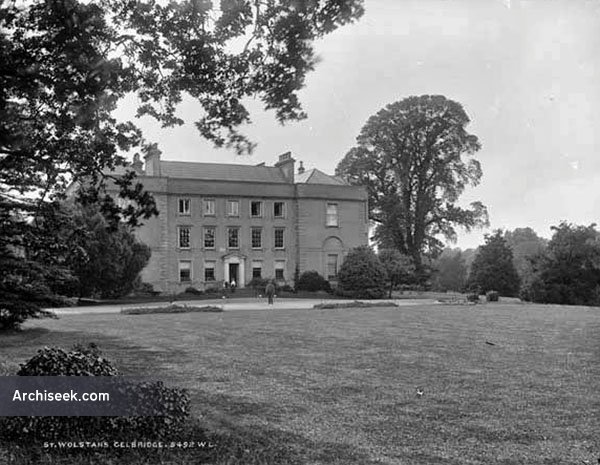 The buildings of St. Wolstan’s priory were probably converted into a house for Sir John Alen before his death in 1561. The present house is said to have been first built in the early 17th century. In 1792 the house was depicted as a five storey three-bay early 18th century block with lower and later one bay wings. The five bay centre was probably built for Francis Alen who died in 1741. The neo-classical wings added after the house left the Alens possession, perhaps when it was leased to the Conollys. The wings have now been raised to two storeys, which are as tall as the three storeys of the centre and continue the same solid roof parapet. The wings, which extend back to form side elevations, have their ground-floor windows set in recessed arches. The centre block has a pilastered doorcase with a baseless pediment. The interior was remodelled in the 1830s.