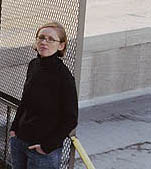 The shortlist for the Emerging Woman Architect of the Year, a design award open to all women architects under 40, includes rising stars Jude Barber of Collective Architecture; Pie Architecture founder Fran Balaam and Pernilla Ohrstedt of Pernilla & Asif, as well as Make’s Katy Ghahremani, Sophie Goldhill of Liddicoat & Goldhill, Hannah Lawson of John McAslan + Partners, Holly Lewis of We Made That and Nathalie Rozencwajg of RARE Architecture.