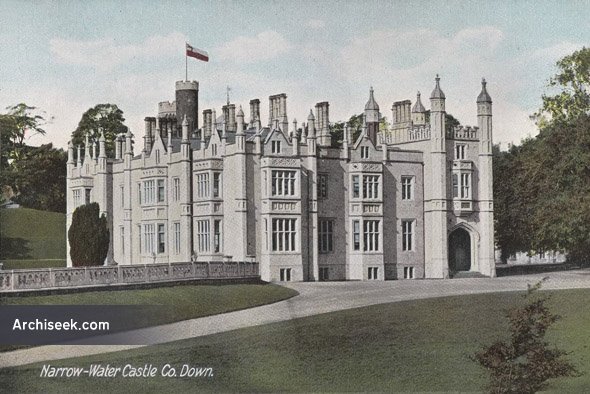 A large and imposing Tudor-Revival mansion of about 1836, by Thomas Duff of Newry. Added to an existing house, Mount Hall, which was built in the 1680s. Mount Hall was named after the owners, the Hall family, who are still in possession today. At one corner of the entrance front there is a gatehouse tower with four cupolas, inspired by various English originals, such as the gatehouse at Tixall in Staffordshire. At the other side of the house is a tall, polygonal, battlemented tower with a round turret.

In 1939, the Castle and part of the farm were requisitioned by the Allies, with both UK and American forces staying, with up to 250 soldiers in the mansion and another 2,000 camped on the estate. In 1952 the Castle was divided into twelve flats which still exist today. The main reception rooms can now be hired for weddings and other functions.