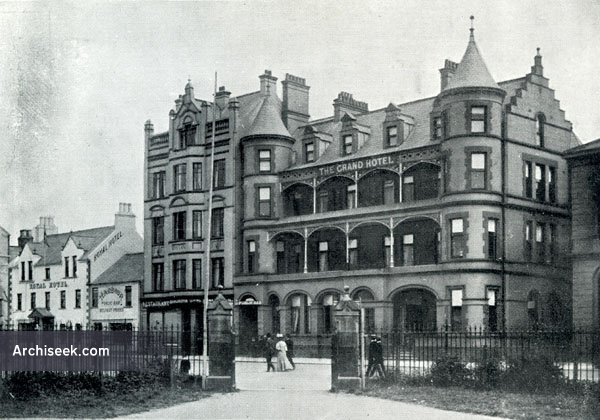 Former landmark on the Bangor waterfront – now replaced with a more modern hotel building. Opened as an hotel in the early 1890s with a ballroom to the rear. By 1930 the Hotel had closed, and for a while there was a cinema at the back of the building, but an Amusement Arcade was in operation before the war in the main part of the buildings.

In the 1980s after a campaign to list the building, the portion to the rear was badly damaged by an arson attack. The council later backed down on a plan to list it, despite the renovation work of volunteers in boarding up and maintaining the buildings facade. It was later demolished.