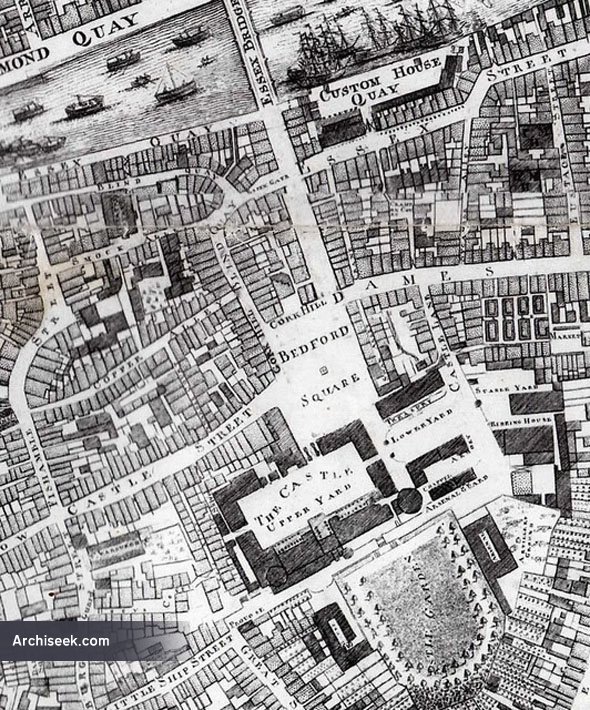 Bedford Square was intended as the first scheme of the Wide Streets Commissioners, but was never developed despite appearing on several maps including Rocque’s Map of Dublin. The site at Cork Hill was instead used for the Royal Exchange, now City Hall. The Wide Street Commission was set up by an Act of Parliament in 1757 to reduce city-centre congestion, and to widen and develop thoroughfares of Dublin city centre.