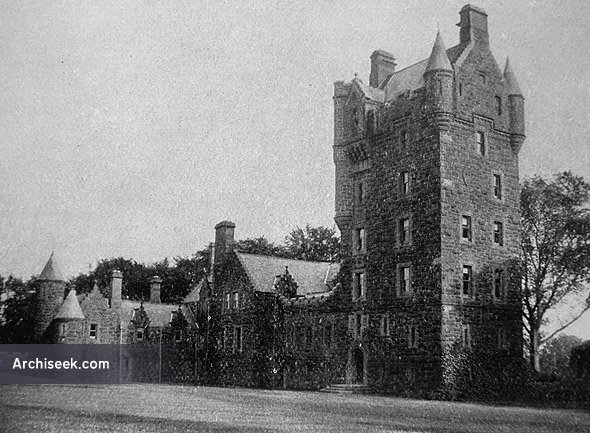 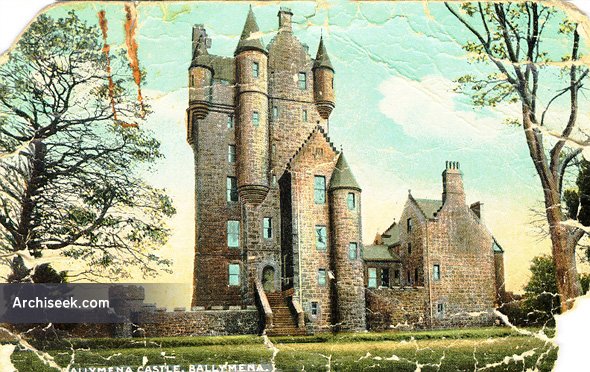 The original castle of Ballymena was built in the early 17th century, but was burned out in 1720. In 1865 Lord Waveney started building Ballymena Castle, as a magnificent family residence. Completed in 1887, it was a large Scottish-Baronial building to the design of W.H. Lynn; of rough-hewn ashlar, with a tall tower in the manner of Balmoral Castle. Some of the rooms had windows of stained-glass, commemorating various members of the Adair family. By 1955, the castle which had been unoccupied for some time, was badly damaged by fire, and in 1956 it was declared unsafe and was subsequently demolished.