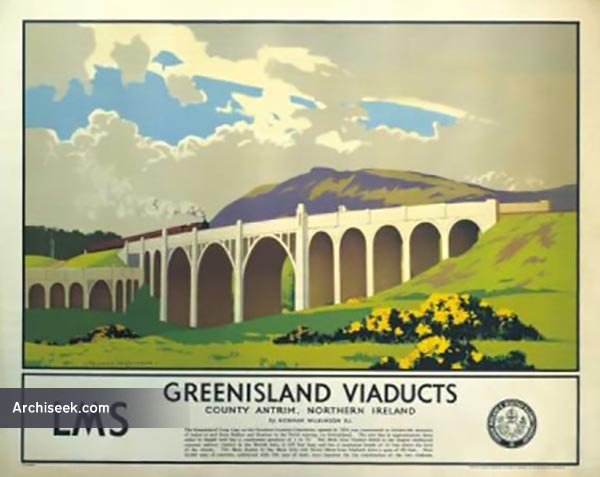 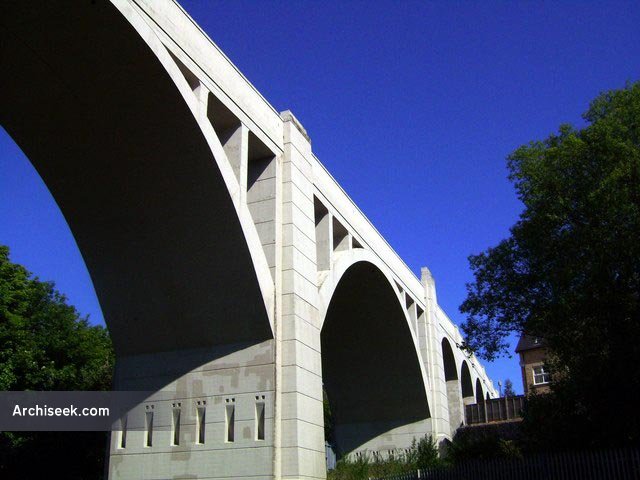 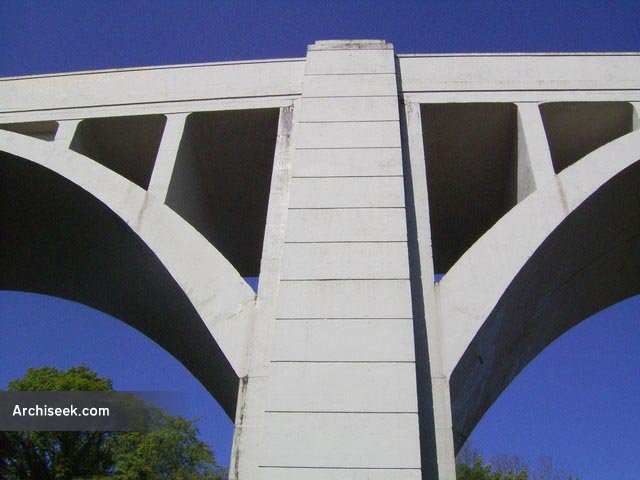 Bleach Green Viaduct, carries the mainline to Londonderry over the Larne Line, and was constructed between 1931 & 1933 by the LMS/NCC railway company. Usually referred to as “Bleach Green viaduct” there are actually three viaducts carrying the lines from Belfast to Ballymena/Londonderry and Larne Harbour across the Three Mile Water and Valentine’s Glen, to the north of Whiteabbey station. The project also involved the building of a new viaduct for the down Larne line and the creation of a burrowing junction where the down Larne line ran under the main line, the only example in Ireland.

The main line viaduct, of reinforced concrete, is 630ft long, 70ft at its highest and has ten arches. It has a ruling gradient of 1:176½. The down Larne line viaduct (also reinforced concrete 400ft in length and 40ft in height. The original stone viaduct carrying the up Larne line (1848) has remained in use. They were designed by an engineering team led by W.K. Wallace, chief engineer for the London Midland and Scottish Railway Company. They were built by a workforce from the local unemployment labour exchange.