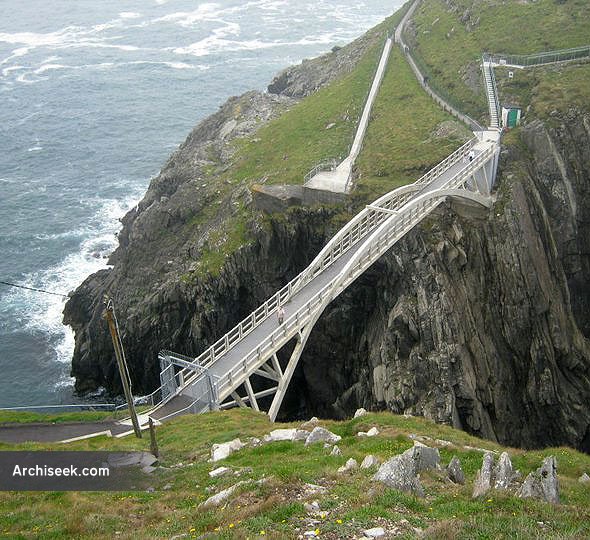 The new Mizen Head Footbridge is a reinforced concrete through-arch structure that spans 50m across a sea gorge (45m above sea level) to connect the island of Cloghán, at the tip of Mizen Head, with the mainland. It is almost an exact replica of the original 1909 bridge which was designed for the Commissioners of Irish Lights to access their lighthouse. It was decided to replace the original after deterioration in the concrete structure. The new bridge is 700mm wider as it is now a heavily accessed by visitors.