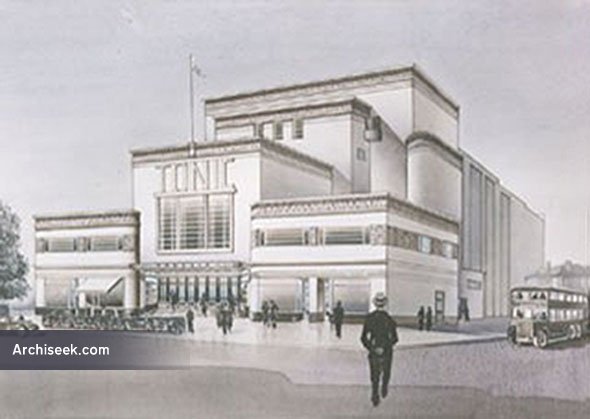 Designed by the foremost cinema architect in Northern Ireland, and considered his masterpiece, The Tonic was the largest Cinema in Ireland with 2,001 seats at the time. The Tonic was not just a cinema, but originally housed flats and shops in its structure. It had a 49 feet wide proscenium, a stage 25 feet deep and five dressing rooms. The auditorium was also equipped with a Compton theatre organ, one of two in Northern Ireland. It also had a restaurant and a ballroom attached. Closed in 1983 after being used as a single cinema for its entire operation.

It was designated a Grade II Listed building, but in early 1992, an application was made to de-list it, to enable demolition for a sheltered housing project. Coincidentally the derelict building was then severely damaged by a fire on 21st June and it was demolished a few weeks later. The site is now a surface carpark.