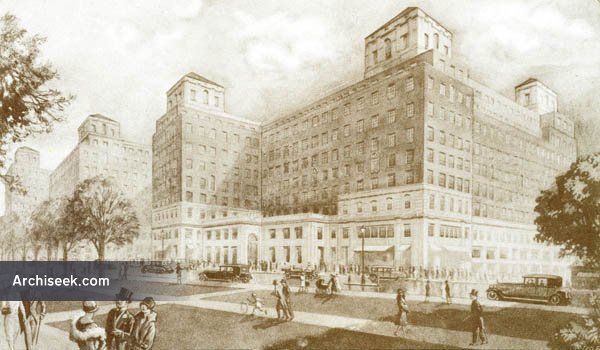 Grosvenor House was built in the 1920s and opened in 1929 on the site of Grosvenor House, the former London residence of the Dukes of Westminster. Grosvenor House was the first hotel in London at that time to have a separate bathroom and entrance lobby for each bedroom, and running iced water in every bathroom. When the hotel first opened it was also the headquarters of the International Sportsmen’s Club. Its facilities included Turkish baths, a swimming pool, squash courts and a gymnasium.