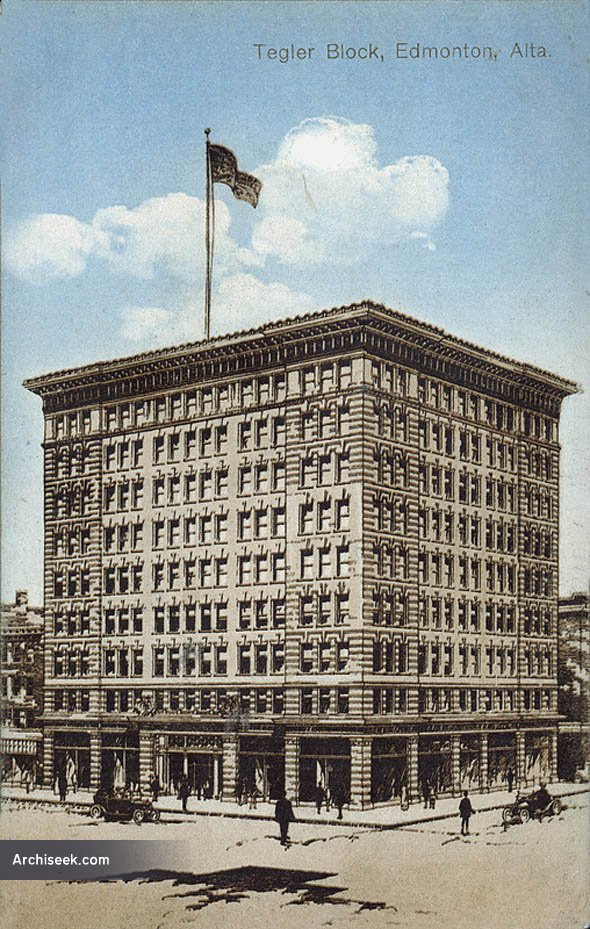 The Tegler Building was built in 1911 by Edmonton entrepreneur and philanthropist, Robert Tegler, and was one of the earliest reinforced concrete buildings in Alberta. An eight-storey addition was constructed in 1913 to accommodate the expansion of James Ramsey`s department store, which remained here until 1929. Primarily Classical in its detailing, it is representative of the transition to the Sullivanesque modern era and achieves a balance in horizontals and verticals.