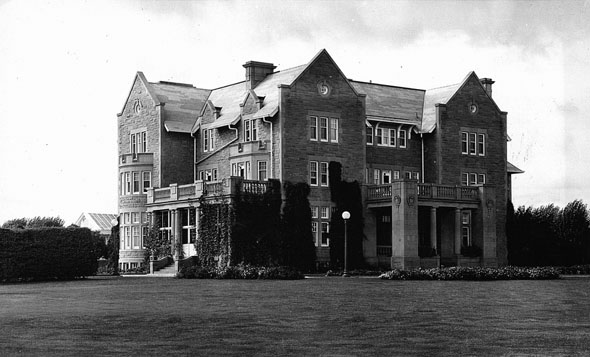 The three storey sandstone edifice was designed in the Jacobean Revival style which is characterized by bay windows, high gabled roofs with raised ends, and groups of rectangular windows. The architect was R.P. Blakey and the building cost $345,882. It has not been used as the residence of the Lieutenant Governor since 1938, and in recent years it has been used for high-level government conferences, receptions, and dinners.