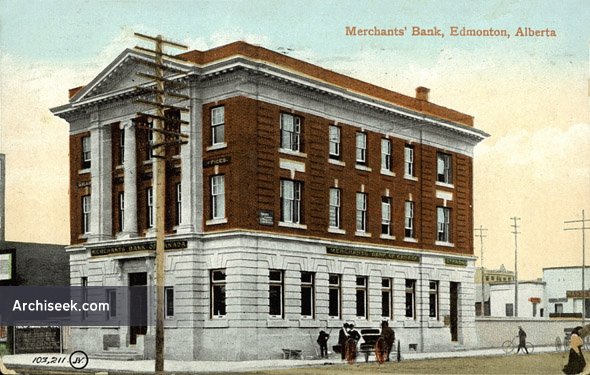 Built in 1907, the grand columned building on the northwest corner of Jasper Avenue and 100 A Street was originally home to the Merchants Bank, which had started Edmonton operations in 1898. Merchants Bank amalgamated with the Bank of Montreal and the building was bought by the Bank of Nova Scotia in 1923. It served as that bank’s main branch for the next 33 years, and was demolished in 1956.