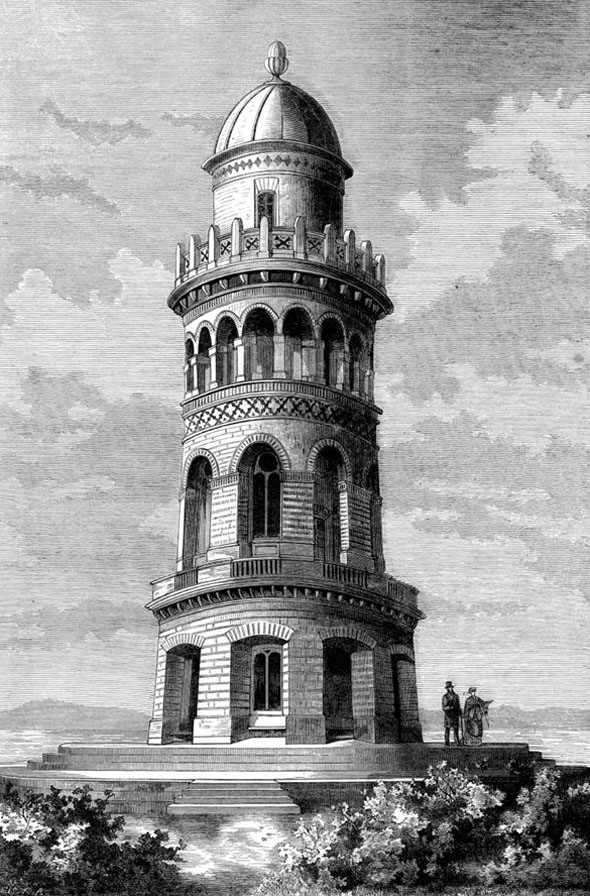 The Ernst Moritz Arndt Tower stands on the German Baltic Sea island of Rügen and was built to mark the 100th anniversary of the German poet, Ernst Moritz Arnd. Built over eight years as finances allowed – money actually ran out in 1873 and it wasn’t until 1875 that work restarted. A rather bizarre-looking tower, constructed of red brick, it stands almost 27 metres high. It is listed as a historic structure by the county of Rügen.