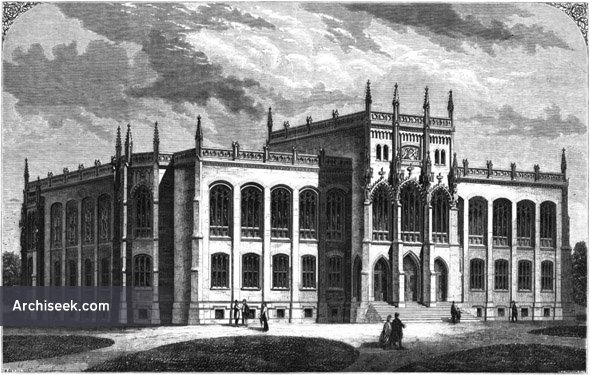 This edifice illustrated was erected at the cost of Herr Richartz, a private citizen of Cologne, Germany, to receive the works of art given to that city by Professor Wallraff. It stands in an open plot of ornamental ground adjoining the Minoriten Kirche, and so can be well seen. It may be taken as a specimen of the kind of Gothic heretofore designed by the modern architects of Germany. The scale attached to the plans is in Rhineland feet. The Rhineland foot is to the English foot as 10298 to 1. The collection consists mainly of early specimens of the Cologne School of Painting, having considerable interest. In the basement are Roman antiquities found in and near the city,”” the Colonia Agrippina of the Romans.