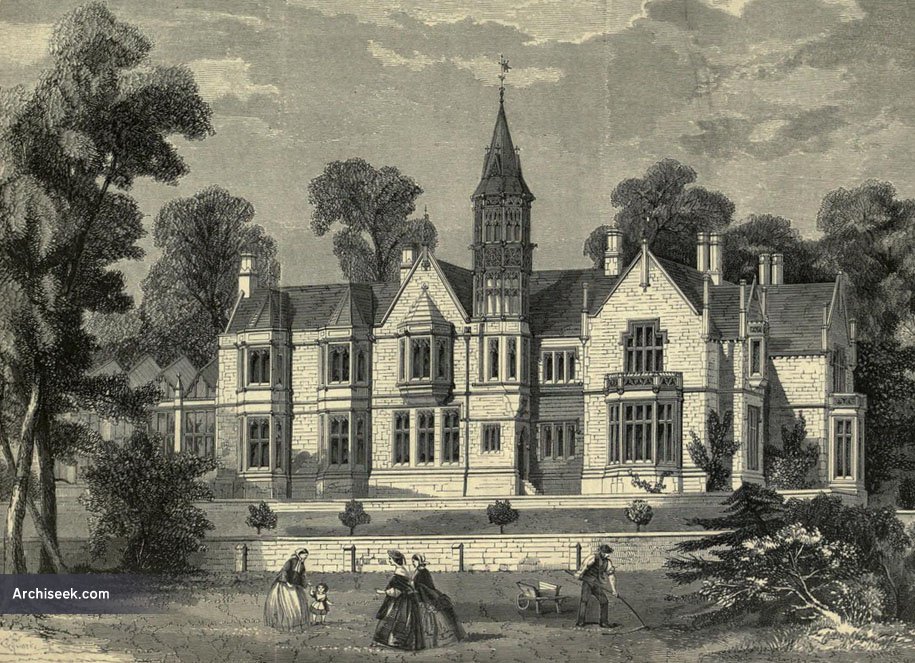 “THE country mansion which we this week engrave has been erected near Bakewell, in Derbyshire. It is the country residence of William Allcurd, Esq. The mansion was originally built under the superintendence of the late Mr. Pugin, and additions have recently been carried out, at a cost of upwards of £7,000, by Mr. Edward Hughes, builder, of Liverpool, under the superintendence of T. D. Barry, Esq., architect, and. Mr. H. F. Price, clerk of the works. The new works have been carefully designed to harmonise with a portion of the old building, wliich has been. preserved by the proprietor, and the whole forms a favorable example at. the homes of our country, and of the manner in which Gothic architecture, is now employed in domestic structures, and of the skill with which our architects meet the requirements of this nineteenth century. The building stands upon an elevated site, with a broad slope banked up into two terraces towards the pleasure grounds, which are studded with fine grown timbers, and form an agreeable prospect from the principal apartments. It has the customary gables and muUioned windo« s, with a rich carved tower, forming a conspicuous feature in the centre of the facade. The masses are characteristically varied and from several points of view group most picturesquely with the neighbouring objects and the leafy foliage by which it is luxuriously enclosed. A handsome greenhouse has been placed- on the left hand, and is seen glittering through the mass of trees in that foreground.” Published in The Building News, April 20, 1860.

Grade II listed and now a residential home for the elderly. Constructed in three phases – firstly a summer villa built c1845-48 for John Allcard, banker and stockbroker to a design by Paxton and John Robertson; the interior fittings by Augustus Welby Northmore Pugin. Second phase: c1856-58 extensions for William Allcard, railway engineer, to a design by T.D. Barry of Liverpool and Edward Welby Pugin; and a third phase: further additions in 1888 for Smith Taylor-Whitehead by JB Mitchel-Withers. Illustration shows building after completion of second phase.