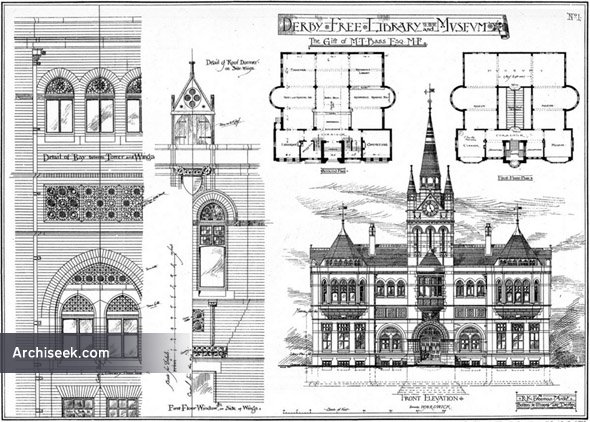 Derby Museum and Art Gallery was established in 1879, along with Derby Central Library, in a new building designed by Richard Knill Freeman and given to Derby by Michael Thomas Bass. The building has been described as been in the Domestic Flemish Gothic style. In 1914 the curator’s house alongside the library was demolished to make way for an extension to the building, intended to house the recently acquired Bemrose Library. In 1964 the Museum and Art Gallery expanded into a newly-built wing on The Strand, but leaving the original 19th century building partly shared between the Library and the Museum. Published in The Building News, November 10th 1876.