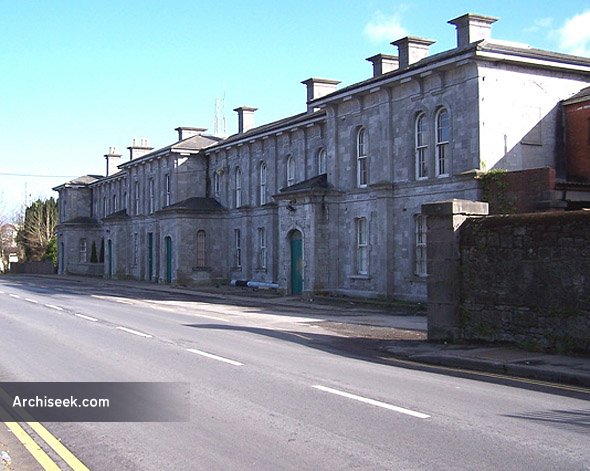 The MGWR Station or East Station was designed by John Skipton Mulvany and opened in 1851. It closed in 1985 when the station for Athlone was transferred to the newly renovated Great Southern and Western Railway station (known as the Southern Station) which had previously closed to passengers in 1927 but was renovated by CIE.