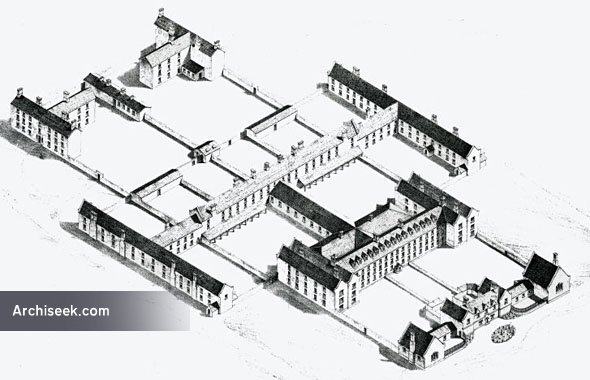 Designed to replace the city`s overcrowded poorhouase, the new workhouse of 1841 was designed by George Wilkinson on an 11-acre site to the north-west of the city. Intended to hold 1,600 inmates, it cost £10,000 plus £2,830 for fixtures and fittings. It was declared fit for the admission of paupers on 20th May 1841 and admitted its first inmates two days later. This arrangement which separated the sexes, and children from adults, was standard from the Board of Works at this time. Each grouping had access to its own exercise yard. It is now a hospital.