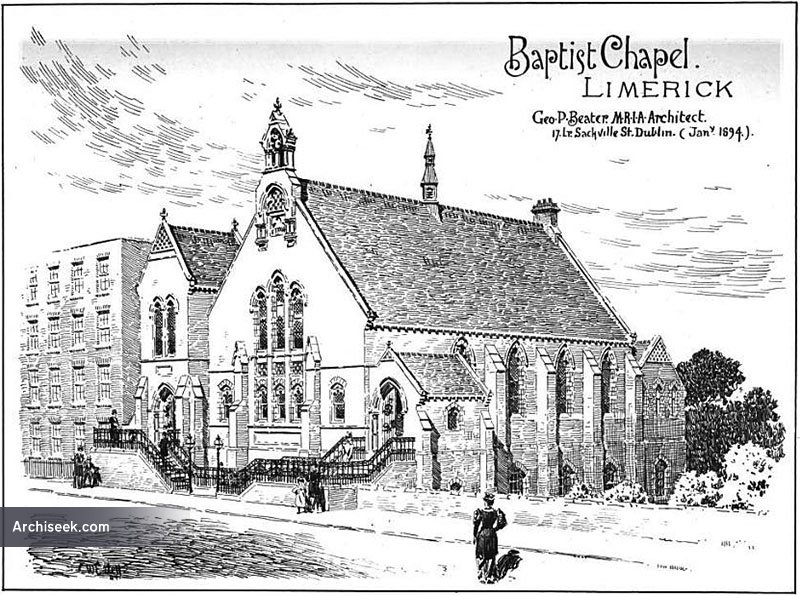 After being in use for some years, the Baptist Church on O’Connell Avenue was eventually sold to the adjacent St. Joseph’s Roman Catholic community and is now used as a community centre after conversion in the mid 1990s.

“The Baptist Church Limerick is now in course of erection. It is of red brick with limestone dressings. Under the church itself is a fine lecture room, several class rooms, and other minor apartments. The church will seat about 300 and will be heated by a Grundy’s apparatus. The contractor is Mr P Kennedy of 3 Military road, Limerick, and Mr James Henderson of Dublin is clerk of works. The architect is Mr. Geo. P. Beater FRIAI, of Lower Sackville street Dublin. The building when completed will cost considerably over 2,000.” Published in The Irish Builder, April 15 1894.