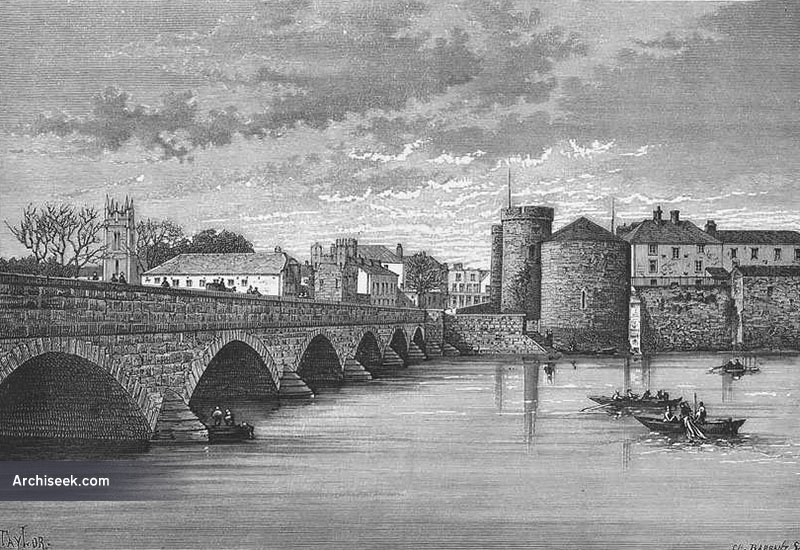 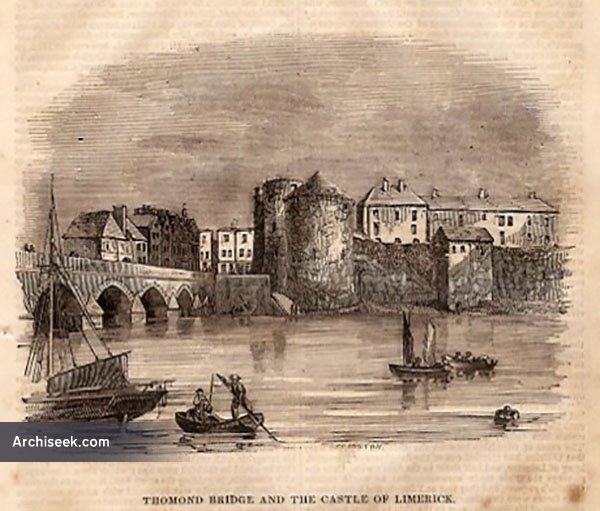 The current seven-arch bridge was built in 1836, replacing the earlier bridge which was also alongside King John’s Castle. The architect James Pain had surveyed the earlier medieval bridge of 14 arches in 1814, and had proposed a replacement. This wasn’t carried out until it was destroyed by storms in 1833.