Monaghan group looks for a hand 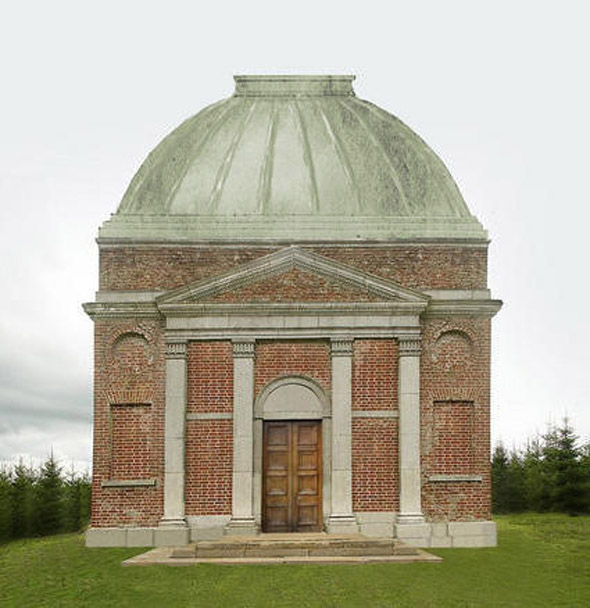 A Co. Monaghan-based heritage group has appealed for the return of missing hands, arms, feet, angel’s wings and other items of sculpture that have, over the last half century, been removed from an 18th-century temple at Dartry. The life-size Carrara marble sculpture is due to be restored this year and so far the hunt for missing pieces has delivered up a few items – notably a head in remarkably good condition from a private collection in Dublin.

The sculpture was designed to commemorate Lady Anne Dawson, who died at the age of 36 in 1769. It depicted her husband Thomas Dawson, their son and an angel grouped dramatically around an urn supposedly containing Lady Anne’s ashes. It was carved by Joseph Wilton. The composition was set in a building, the work of English architect James Wyatt, on top of the hill visible across the park and lake from the family home, Dawson’s Grove.

The building, now known as the Dawson Temple, seems to have been restored in the 1840s but later became derelict again. Dawson’s Grove was sold by Lady Edith Windham, daughter of the second Earl of Dartrey, after the second World War, and the house was demolished.