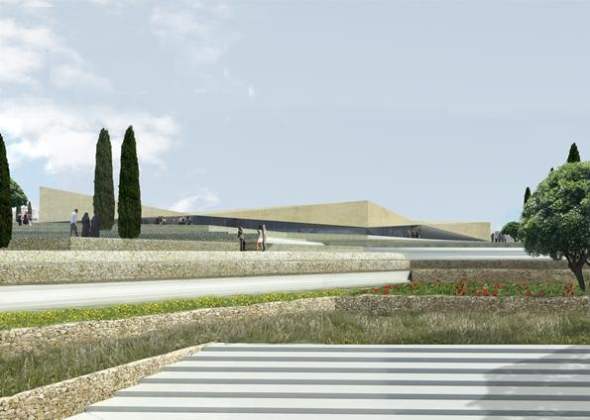 Heneghan Peng has been appointed to design the Palestinian Museum, near Ramallah on the West Bank, it was announced yesterday. The Dublin-based practice will oversee a phased development of the Museum within the campus of Birzeit University.

The Museum is being billed as “The Palestinian Museum will be a unique cultural project and is being developed to become the primary and most authoritative source of knowledge and new thinking about Palestinian history, culture and contemporary life. Such a space does not currently exist. The museum is conceived as a thematic rather than simply a narrative museum, in which many different aspects of Palestinian history and culture will be explored in innovative and revealing ways, creating debate and discussion about both past and contemporary themes. The Palestinian Museum project has been in gestation for over a decade and has gone through a number of different stages of debate, thinking and rethinking. After a great deal of internal discussion and external consultation, the Welfare Association is now totally confident that the overall strategy and concept direction allow for the Palestinian Museum to be built.”

The Welfare Association’s selection process began in June 2011 with over 40 architects submitting expressions of interest in the project. The Palestinian Museum will be designed to be constructed in two phases with the first phase of 2,500 m2 to be completed by 2014. The construction budget for the first phase will be approximately $8 million. The second phase will be in the order of 5,000 m2 and will be developed following the opening of Phase 1.