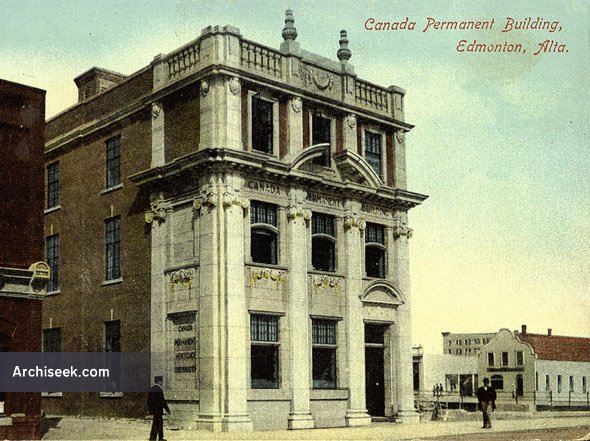 The Canada Permanent Building is a three-storey brick, stone, and reinforced concrete building Roland Lines and was advertised as “the only fire-proof building in Edmonton”. A good example of the Edwardian Baroque style of building it was threatened with demolition in the early 1980’s. The building along with the neighbouring McLeod Building was purchased by the province, and designated a Provincial Historic Resource in 1995.