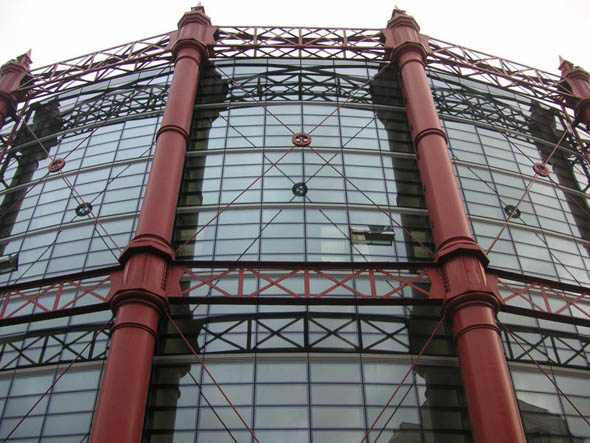 Proposals to turn an empty apartment block at the site of the former gasworks in Ringsend into a 520-bed hotel – one of the biggest in Dublin – are to be put before Dublin city councillors on Monday. The apartments in the Alliance building, the nine-storey cylindrical building constructed inside the metal struts of the Victorian gasometer at the Gasworks scheme, have lain vacant since they went on sale in 2006. Liam Carroll, the man behind Zoe developments and one of Ireland’s most prolific developers, bought the 7.8-acre gasworks site with its landmark building from Bord Gáis in the mid-1990s. Six hundred apartments were initially built in the area immediately surrounding the former gasholder, the majority of which are occupied, along with an office complex now occupied by Google.