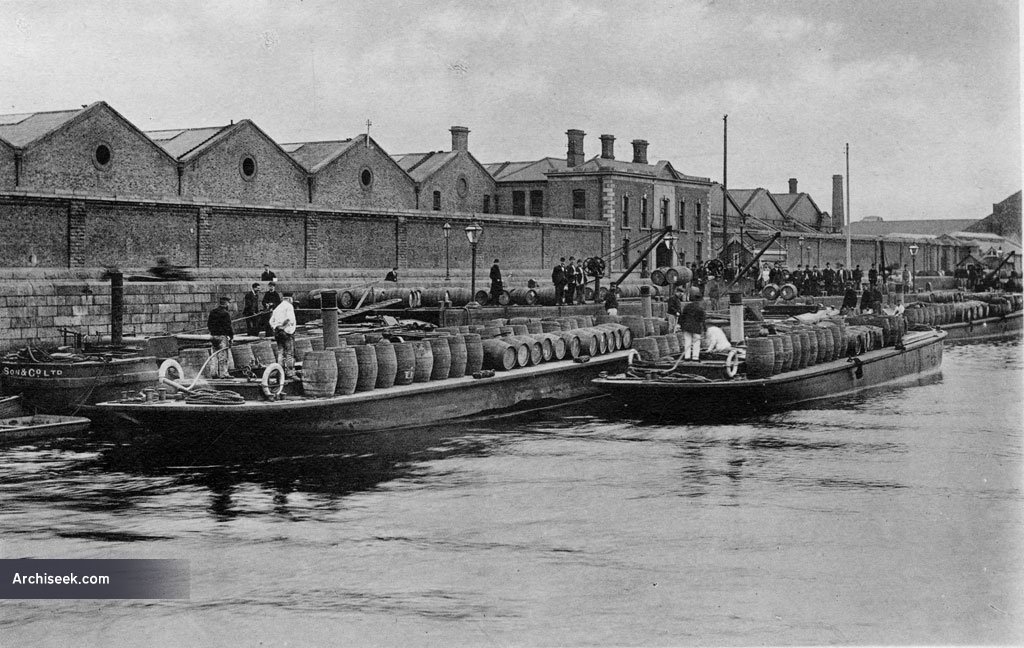 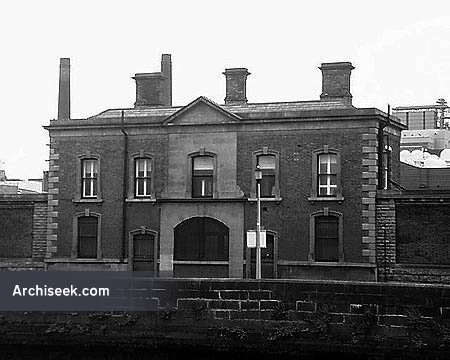 This building was built as part of the outer vast wall of the Guinness complex north of James Street. It served as an entrance from the south quays to the brewery, and allowed access to the Guinness Wharf from where the product was shipped down the Liffey on barges. The 1907 Ordnance Survey map shows tramlines, probably Guinness own narrow gauge system, running through the central arch. The door openings to the front have now been blocked and replaced with windows.