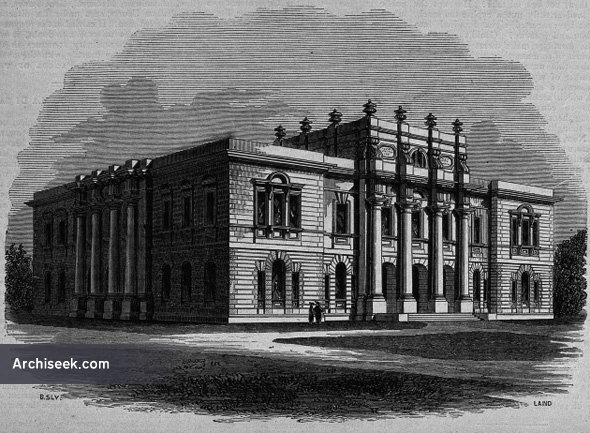 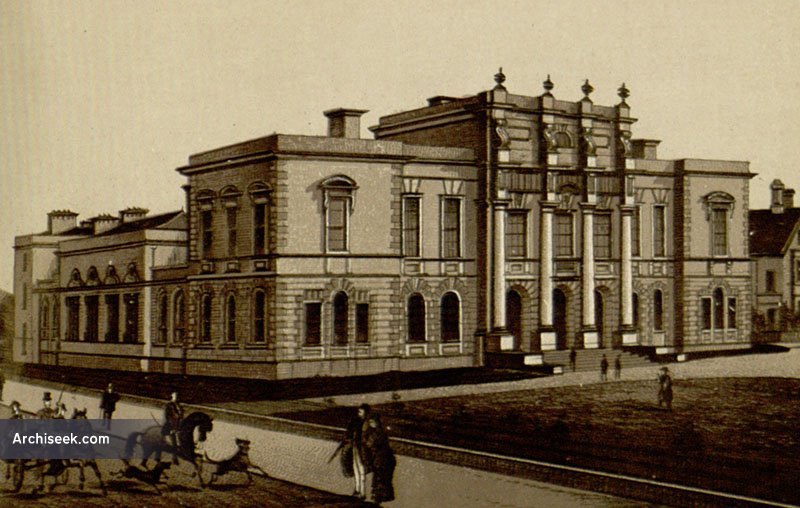 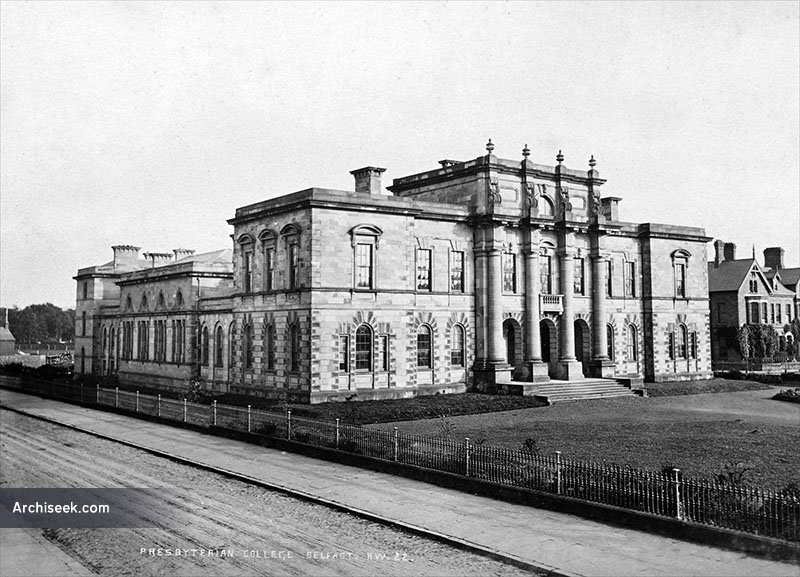 Now known as Union Theological College, it the theological college for the Presbyterian Church in Ireland. As completed the building has some differences from the design illustrated, noticeably the first floor windows on the projecting bays received a different treatment. Built at a cost of £5,000, the south wing by Young & McKenzie was added in 1869; the north wing and Chapel in 1881, to plans by Lanyon’s son John.