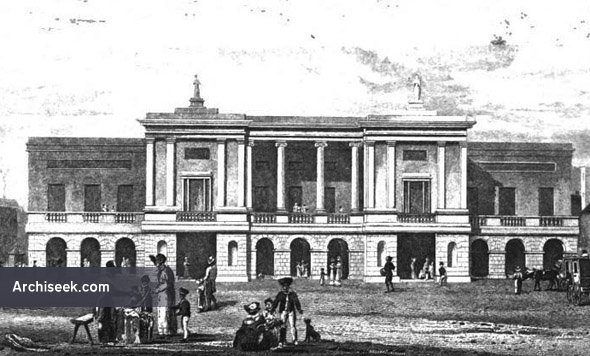 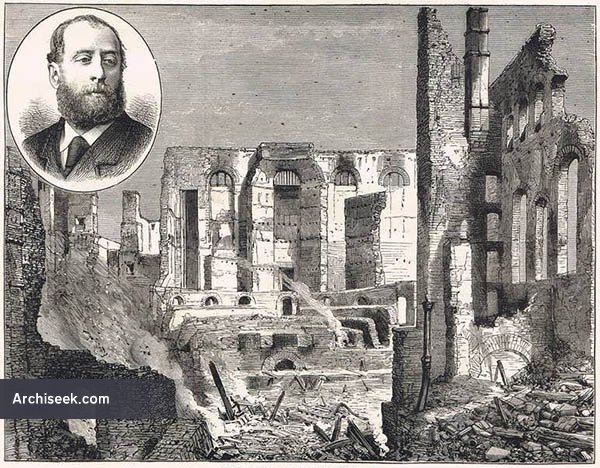 The first of three Theatre Royals on this site. In 1820, theatre impresario Henry Harris bought a site in Hawkins Street and built the 2,000 seat Albany New Theatre on it at a cost of £50,000, designed by architect Samuel Beazley. Samuel Beazley (1786–1851) was an English architect, novelist, and playwright who became the leading theatre architect of his time and the first notable English expert in that field.

This theatre opened in January of the following year. In August, George IV attended a performance at the Albany and, as a consequence, a patent was granted. The name of the theatre was changed to the “Theatre Royal” to reflect its status as a patent theatre. The theatre was destroyed by fire on February 9, 1880.