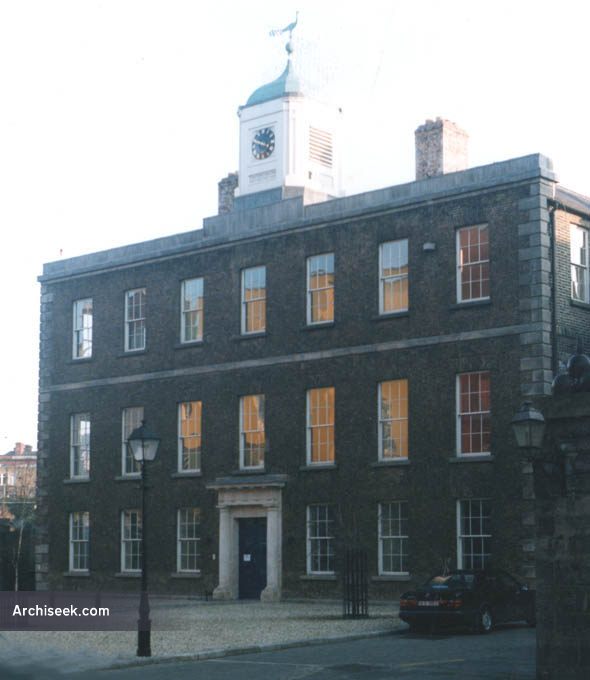 The Clock Tower, Dublin Castle, appeared on Roque’s map of Dublin, published in 1756, with nearly the same U-shaped plan as exists today. However, the present structure is a remodelling of the earlier building, probably carried out by Francis Johnston. Johnston used a similar design for a Clock Tower at Griffith Barracks, formerly the Richmond Bridewell, on South Circular Road. The Clock Tower building was used in the nineteenth century as the Ordnance Office for the Royal Engineers. In the early days of the Irish State, the Revenue Commissioners used it as offices. Converted by the Office of Public Works into the Chester Beatty Library during the 1990s.