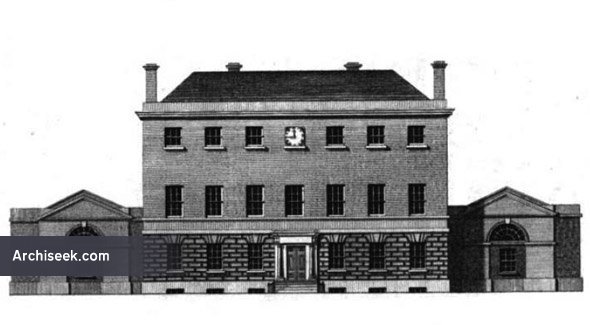 The Hibernian Marine School was founded in 1766 and the primary aim of the school was free education for the sons of seafarers that lost their lives or suffered disabilities at sea. In 1773, a fine building was opened on Sir John Rogerson’s Quay catering to the enrolled children. The wing to the right contained the chapel, while the other contained a dining hall. Malton accredited Thomas Ivory as the architect. The remains of the building were demolished in 1979, after years spent as offices for B+I, and as a cold storage firm.