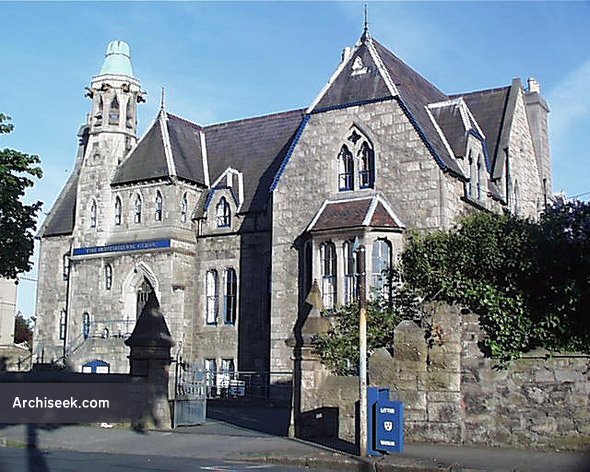 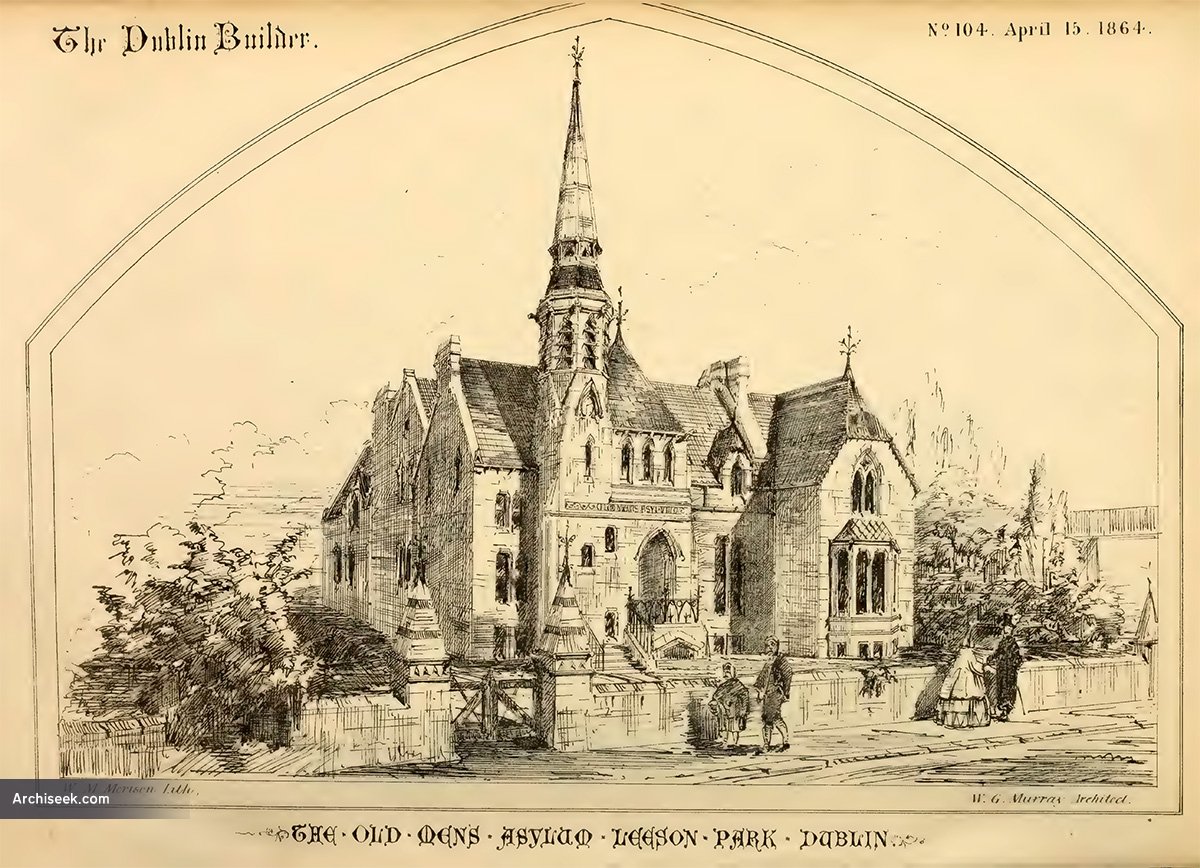 Gothic revival institution not much larger than a large Victorian house “for respectable but reduced aged protestants”, now minus part of its spire. A strong asymmetrical design was entered through the porch under the tower. Other entrances around the building for the inmates.

“The building, of which a sketch is presented in the present number, has been erected from designs by Mr. William G. Murray, R.H.A., at Leeson Park, on a site not fur from the Molyneux Asylum, which building it somewhat resembles in style and general character. This excellent charity, which is designed for persons of respectability, who have seen better days, and found themselves, in their declining years, in unforeseen poverty, has hitherto found a home in an inconvenient and inadequate building at Russellplace, North Circular-road, and it is a fact worthy of notice that it has numbered among its inmates some of the original founders of the charity who, when it was established in the beginning of the present century, were in prosperous or affluent circumstances.

The building is intended to accommodate 42 inmates, and contains in addition to the necessary dormitories and sleeping apartments, a spacious and airy common hall on the ground floor, board-room, and matron’s apartments. In the basement a large dining hall, kitchen and other offices, and smoking room ; and on the upper floor an infirmary for sick or bedridden inmates, divided by screens into separate cubicles. The walls are built of granite, with dressings of Drogheda limestone. The contract has been carried out in a most efficient and admirable manner by Mr, Geo. Moyers ; amount about £3,000. The ornamental iron work was executed in part byBrawn, of Birmingham, and in part by Fagan of Great Brunswick-street. The plumbers’ work of lavatories, bath-rooms, and water-closets by Lamprey and Rendell.” The Dublin Builder, April 15 1864.