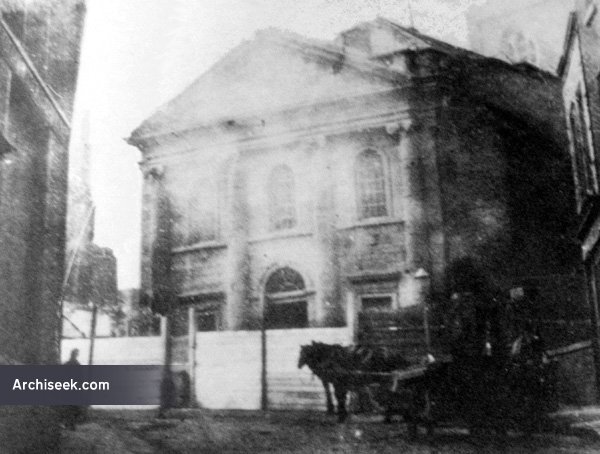 A church with a 12th century foundation, rebuilt several times, notably in 1681. In the mid 18th-century a committee was formed to raise funds for yet another renovation of the church. They were successful in raising thousands of pounds from the government and smaller sums from other sources, so that the church was rebuilt and re-opened in 1769. The pews were auctioned to the highest bidders, providing those with the most money with the best seats.

Described in 1837, “The church, situated at the corner of John’s-lane, was rebuilt in 1773: it presents to Fishamble-street a neat front adorned with four Doric columns supporting a pediment, and approached by a broad flight of steps: in this front is the chief entrance to the body of the church and one to each of the galleries. In 1836 it underwent a thorough repair, for which a grant of £879. 9. 7. was made by the Ecclesiastical Commissioners.” 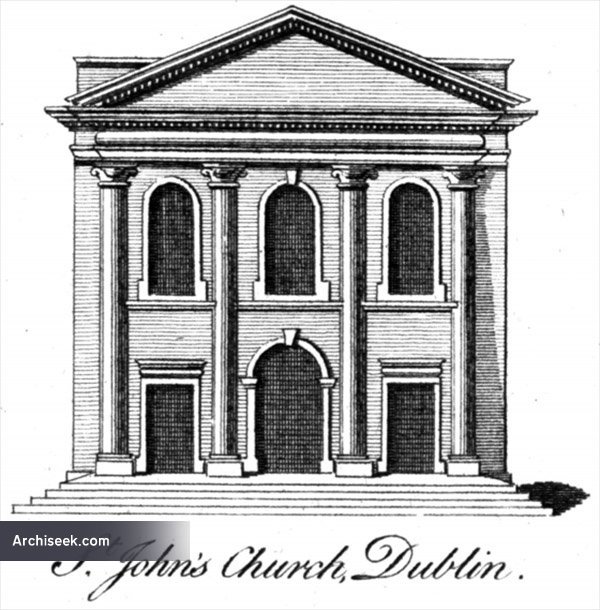 The church was closed in 1878, after the parish was united with that of St. Werburgh. The pulpit and other pieces were taken to that church. The building was demolished at the time of the reconstruction of the adjacent Christ Church Cathedral and the laying out of Lord Edward Street.