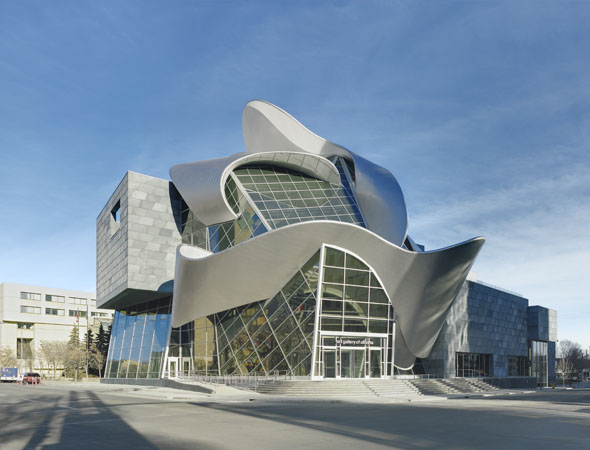 Architect Randall Stout expects tomorrow to be the best day of the year, maybe even the decade. Opening a new building is usually like that, said the Los Angelesbased designer of the radically renovated Art Gallery of Alberta. “For an architect it’s like Christmas morning. You’ve been waiting for the package to open and finally it does.”

Following nearly three years of construction and $88-million of public and private donations, Edmontonians will step inside and see the new, 85,000-square foot space tomorrow. Although some have already condemned Mr. Stout’s swooping, luminous design, trying to get one’s hands on passes to the public opening would be like hunting down the hot new toy on Christmas Eve: All 10,000 free tickets were snapped up within a few hours of being released last week.

If the opening of the renovated AGA is a gift for Edmonton, it is one the city should count itself lucky to receive: The cultural infrastructure renaissance that rippled across the country for a decade appears to be winding down, and it has become difficult to raise the millions required to launch a building project.

But meanwhile, in Alberta, “There’s a lot of buzz. A lot of people are going up,” said Robert Labossiere, executive director of the Canadian Art Museum Directors’ Organization, who was travelling in the province this week.