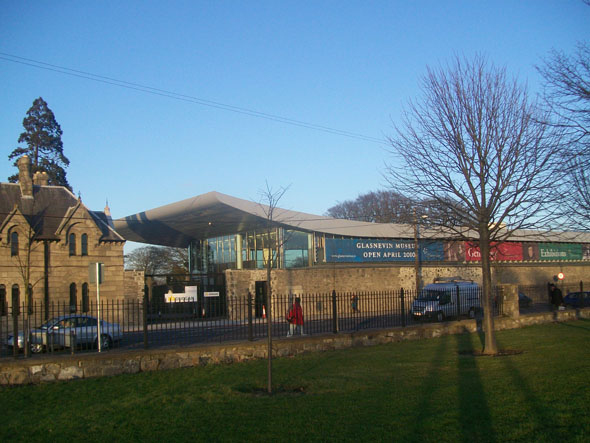 Most of the €11 million museum and heritage building at Glasnevin Cemetery is made of glass – and underground, which is particularly appropriate given what it aims to remind us of. The great Gaelic writer Máirtín O’Cadhain set his masterpiece novel Cré na Cille under the soil of a graveyard where the corpses continued the friendships, rivalries and snobberies that had marked their lives in the village above. The premise was absurd, but graveyards, the places of the dead, can also be great mirrors of life. And, on that plane of thought, few places capture Dublin life as well as its sprawling city of the dead, covering 50 hectares of Glasnevin.

Visiting the cemetery earlier this year the Taoiseach, Brian Cowen, said: “Walking through Glasnevin, with its monuments, statues, headstones and inscriptions, is like taking a walk through Irish history.” He was not exaggerating. Glasnevin may not have the reputation of Père Lachaise, in Paris, or Arlington National Cemetery, in Washington DC, but it comfortably justifies its title of national necropolis. Daniel O’Connell is buried here, as are many of Ireland’s greatest political, cultural and social figures: Michael Collins, Éamon de Valera, Charles Stuart Parnell, Brendan Behan, Gerald Manley Hopkins, James Clarence Mangan, the GAA founder Michael Cusack, Constance Markievicz, Michael Collins’s fiancee Kitty Kiernan, the soprano Margaret Burke Sheridan, Roger Casement and James Larkin.

What gives the cemetery a magnetic draw is its stunning beauty. The Victorian sensibility – monuments and headstones should play second fiddle to the natural environment – still predominates. And to this day the place teems with nature: hundreds of trees – yews, oaks, pines, beeches and birches – grassy verges; flowers, wild and cultivated; bird life. In the older sections of the cemetery you can see how headstones have subsided and themselves become buried by the encroaching soil. In fact, for a long period some sections of the graveyard were neglected, and partially surrendered back to nature. The result was not displeasing to the eye.