€22m Dart station to give Clongriffin a boost 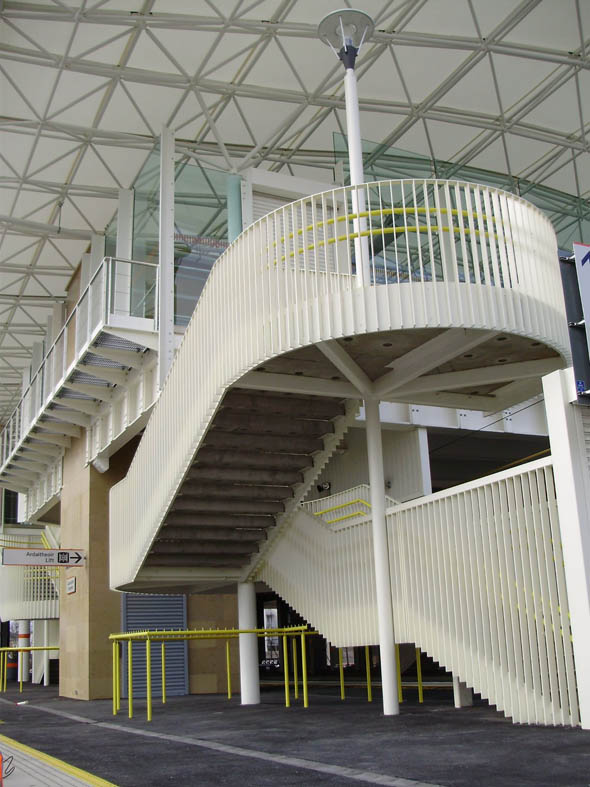 Ireland’s newest town at Clongriffin, on the north-eastern edge of Dublin city, will move up a gear when its newly developed Dart station opens for rail commuters on April 19th. Businessman Gerry Gannon – whose €1bn-plus of property loans are due to end up in Nama – has completed development work on his side of the elaborate €22 million station and residents on the Baldoyle side of the facility will also be able to avail of the Dart service which is along the Dublin-Malahide line. Gannon paid 65 per cent of the station’s cost with developers Seán Mulryan and Séamus Ross paying the balance.

The opening of the station is expected to draw thousands of commuters through Clongriffin town centre, where Gannon Developments has built a 500-space park-and-ride facility under the town square as well as a 700-space multi-storey car park. The town will eventually cater for about 25,000 residents.

Two sides of the town’s open air square designed by Conroy Crowe Kelly Architects have already been completed and include a 2,900sq m (31,215sq ft) supermarket to be operated by Superquinn. Travelators will take shoppers to an overhead department store of 2,800sq m (30,129sq ft) which is to be offered to some of the top names in retailing by joint agents HT Meagher O’Reilly and Finnegan Menton.

The agents will also be marketing a range of other retail units at street level where a number of top traders are already open. These include Centra, Paddy Power, Franks Kitchen, Brownes Barber, Carry Out off licence and Clongriffin Pharmacy.