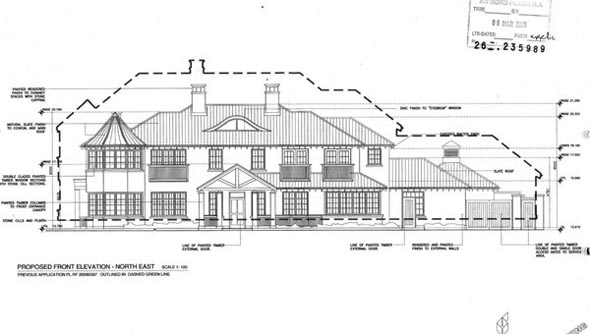 Rosslare Strand has been a holiday resort since the railway station there was opened in 1882 and was characterised until recently by modest holiday homes, clad in painted corrugated iron sheeting. During the boom, clusters of suburban-style houses were developed in and around the village – generally also to serve as holiday homes.

“There is a lot of [Dublin] money chasing a home in Rosslare and really most of the village has been developed,” one local source said. Wexford County Council’s 2002 local area plan for Rosslare specified that “new building designs must respect the existing village character, scale and streetscape [to] enhance the appearance of the area”. It also sought to “maintain coastal areas/headlands free from development”.

However since this plan expired in 2007, and with no new local area plan to replace it, there has been a series of decisions to permit very large individual houses on Cliff Road – which were all overturned by An Bord Pleanála for being “out of character” with the area. The county council denied any irregularities in its handling of recent applications to build large- scale houses at Cliff Road, Rosslare Strand, an area known to be at risk from coastal erosion and subsidence.

The council itself noted in 2008 that there were “visible signs of cracking on the road itself”. Some local residents and holiday home owners fear further housing development in the area could ultimately result in their own properties falling into the sea.