Come on in, the door’s open 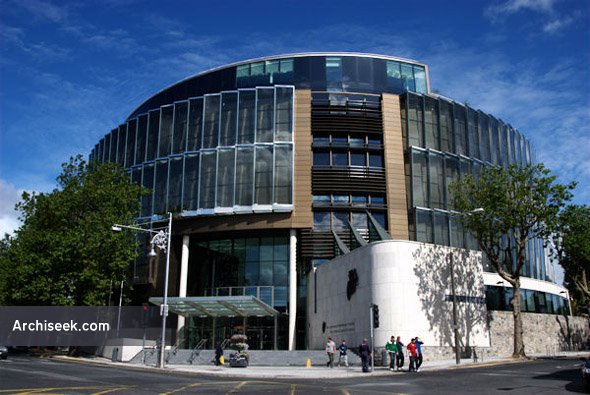 This weekend, as part of the fourth annual Open House, many public and private buildings in Dublin will be opening their doors. Run by the Irish Architecture Foundation and billed as Ireland’s largest architectural festival, Open House Dublin is an opportunity for the public to have a look around some of the capital’s flagship public buildings, offices and private homes. Among those public buildings participating for the first time this year are the Central Bank and the new Criminal Courts of Justice. Peter McGovern is the architect who worked on the new courts, for Henry J Lyons and Partners. So what can the public expect to see when they come along this weekend?

There will also be “an opportunity to stand in the witness box”, something McGovern anticipates keen uptake in. However, the public will not see any “tunnel”; a supposed feature of the new courts reported in various media during the Eamonn Lillis murder trial. “The famous underground tunnel that doesn’t exist,” McGovern says. “The mythical tunnel. There are certainly a number of ways in and out of the building, but for the budget we had, there’s no tunnel.”

Along with places such as the Aviva Stadium, Liberty Hall, Grand Canal Theatre, Government Buildings, the Provost’s House at Trinity College Dublin and The Irish Times offices, a number of privately-owned houses will also be on view over the weekend. Most, but not all, are owned by architects, who use the opportunity to showcase their practice, as well as demonstrate what can be done to transform sometimes quite modest houses. These houses have proved very popular in former years with people looking for ideas to do up their own homes.