Building the future of justice 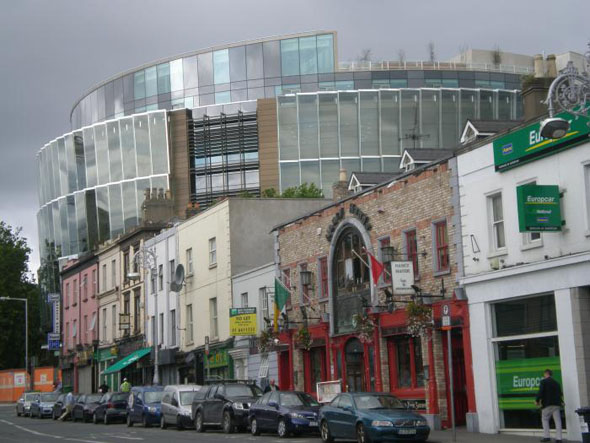 Very few new buildings have been bathed in such publicity as the Criminal Courts of Justice. Night after night, we witnessed Michael Lillis doing the “perp walk” as he left the complex and members of the bereaved Cawley family showing solidarity with each other after another long day in Court 19.

What’s been missing so far is any acknowledgement of its architecture, despite this being one of the most significant buildings commissioned by this State – on a par with the original terminal at Dublin Airport or the Busáras. It must be judged not merely by how it functions, but by how it reflects us as a people.

In line with Celtic Tiger thinking, it was conceived by the Courts Service as a public-private partnership (PPP) project in 2004. Instead of an open architectural competition, there was a contest among consortiums, each of which had its own architect, and this was won by Amber International and contractors PJ Hegarty.

Acting for them were Henry J Lyons (HJL) architects, whose scheme pipped those of McCullough Mulvin and Dublin Spire architect Ian Ritchie when the final call was made in May 2006. And architectural quality would have been just one of the criteria used in adjudicating on the rival proposals.

Described by the Courts Service as a “once-in-a-century investment”, the Criminal Courts of Justice is actually the largest courts project undertaken in Ireland since the Four Courts was completed by James Gandon more than two centuries ago. It will be managed for a fee by the Amber consortium for 25 years, after which the State will own it.

More than half of the roughly 400,000 criminal cases dealt with annually by the Irish courts are heard in Dublin. For years, the existing judicial facilities in and around the Four Courts – including the Bridewell and the Special Criminal Court in Green Street – struggled to cope with this level of traffic. The need for a new courts complex was very real.