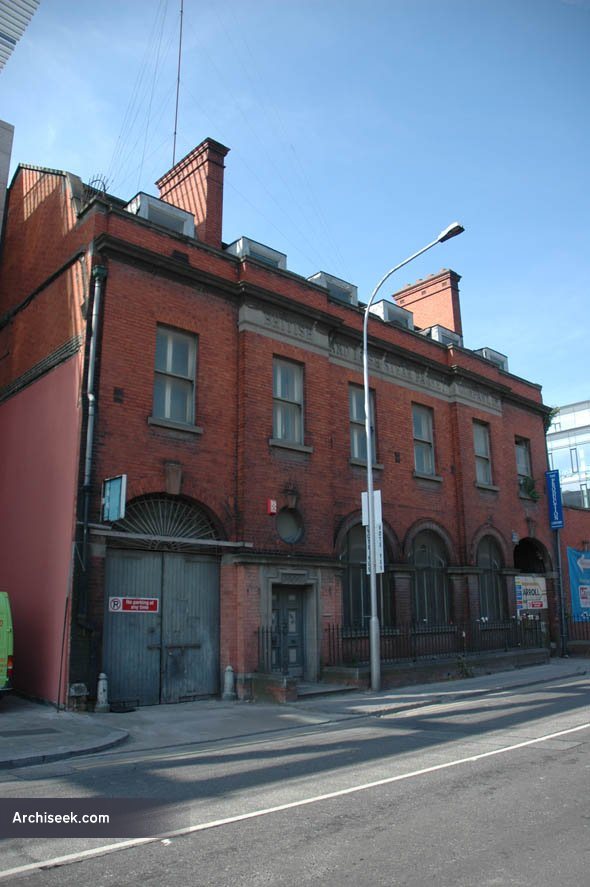 One of the few remaining older buildings on this quay, as most of the former industrial premises have been pulled down for redevelopment. Originally the offices of the British & Irish Steampacket Company. The B&I was established in Dublin in 1836 with an initial fleet of paddle steamers. B&I was taken over by the Irish Government in 1965 but ran into major financial problems in 1981, this and labour disputes persisted into the early 1992 when the company was privatised and taken over by the Irish Continental Line. And thus disappeared.