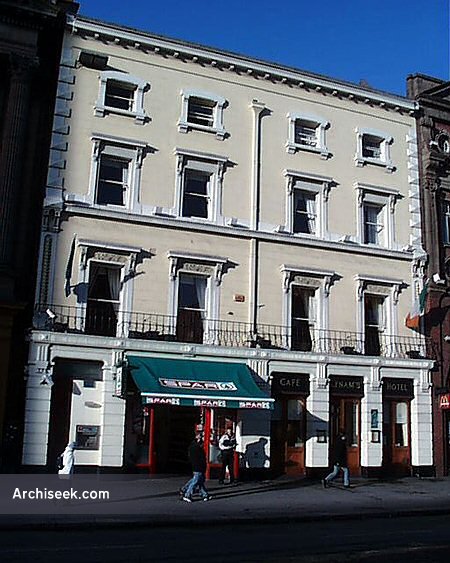 A pair of 18th century houses that were remodeled in 1869 for the Royal Bank by Charles Geoghegan. His redesign added the Victorian stuccoed decoration around the windows, as well as the rusticated piers. Internally remnants of the 18th century remained until a further conversion into a hotel in 1995.