Breathing life back into a great estate 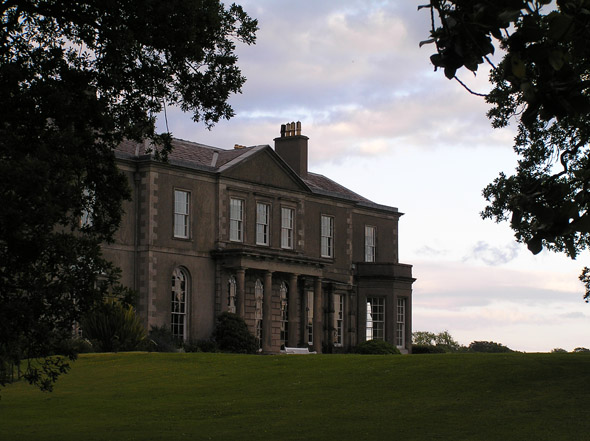 Until recent times Clandeboye, one of Northern Ireland’s finest surviving estates, was in decline, but regeneration has brought cultural and commercial renewal. Imagine one of those annoying treasure hunts in which one is tasked with tracking down an unlikely assortment of items. On the list is a tub of yoghurt, a Christmas tree, a poem by Tennyson, an orchestral concert, a dance class, a round of golf, an art exhibition and a prize-winning cow. But then imagine the delight in discovering that all paths lead to a single destination, within the walls of one of the North’s great historic estates.

Clandeboye’s unobtrusive entrance stands beside the busy commuter route that runs along the shore of Belfast Lough, linking the seaside town of Bangor with central Belfast. Within seconds of your passing its prettily painted gate lodge the roar of the traffic is but a distant memory. A winding driveway leads down through lush meadows and dense green woodland to the Courtyard, the hub of the 800-hectare estate’s commercial activity.

This picturesque setting makes an impressive venue for wedding receptions, business seminars and a variety of private functions. Several years ago the pianist Barry Douglas and his Camerata Ireland Orchestra made a canny decision to stage their annual summer music festival here, with glossy corporate bashes after the closing concert very much part of the occasion.

The old stone buildings framing the Courtyard, which date from the early 18th century, include a dovecote, a magnificent high-ceilinged banqueting hall, a baronial-style gas house, whose great cast-iron bell has recently been restored, a stable block converted into an art gallery and the estate’s private chapel. They are adjoined by a series of intimate walled gardens, beyond which are the woodland gardens, containing vast collections of rhododendrons and other exotic plant species, which flourish in the balmy north Co Down climate.