At the intersection of architecture and activism 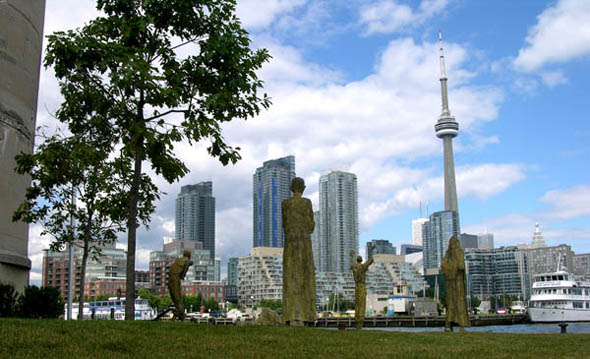 In more ways than one, George Street is a one-way road headed south. Home to Toronto’s largest homeless shelter, part of the street is known as Crack Alley, where dealers feed off the remains of people’s lives and lawns are beaten bare by circular walks to nowhere.

“I’ve travelled around all the other supposed dangerous neighbourhoods in the city,” Jonathan Kearns says, “but I never felt so apprehensive as I did when I ventured down George Street.” For most people, a quickened pace, a parting glance over the shoulder and a sigh of relief would mark the end of such a journey. For Mr. Kearns, it was only the beginning.

Since that first nervous stroll a few years ago, he’s bought some of the street’s most rundown properties, re-imagined it with a rebuilt Seaton House shelter and much-needed student housing, and pitched his vision to officials at city hall and Ryerson University.

For Mr. Kearns, 59-year-old partner at Kearns Mancini Architects, that feeling of apprehension is often the beginning of a big idea. It was Mr. Kearns and partner Tony Mancini who dreamed up the alliance between their firm and two larger ones, Kuwabara Payne McKenna Blumberg and Montgomery Sisam, that won the international design competition for the current redevelopment of the Centre for Addiction and Mental Health on Queen Street West.