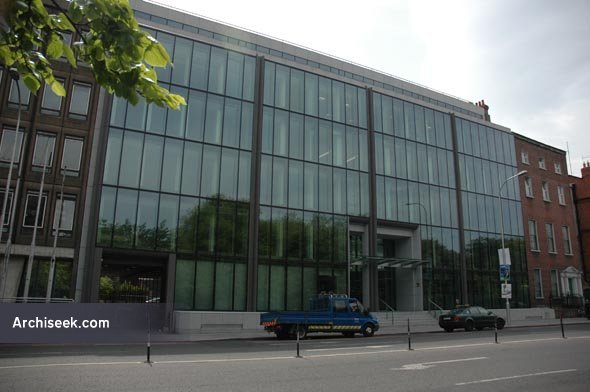 Formerly the site of the Department of Justice, a 1960s era office building, which was demolished in the early part of the 21st century for redevelopment. This building with its discrete facade but rather cumbersome setback attic storey is a marked improvement.